The World Series of Fighting held their 21st event on June 5, 2015 in Edmonton, Alberta, Canada. Two WSOF Titles were on the line in the Heavyweight and Featherweight divisions. The fight card featured 11 bouts.

The first title fight was in the Heavyweight division between Bulgaria’s Blagoy Ivanov and the Champion from Canada, Smealinho Rama. Ivanov submitted Rama with a Guillotine Choke in the third round to become the new WSOF Heavyweight Champion.

In the second title fight, Lance Palmer successfully defended his Featherweight title for the first time against Chris Horodecki. Palmer submitted Horodecki by Neck Krank in the first round.

See a complete list of WSOF Champions in each weight division. 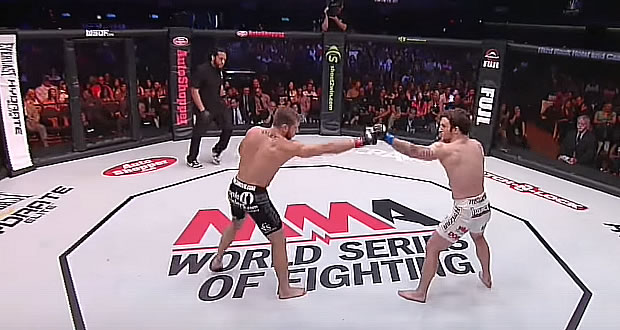