Serena Williams has made her mark in the sport of tennis by being a powerful player whose aggressive style of play, makes her a real challenge for any opponent. Her flair for fashion and colorful dress has made her a stand out on the court.

Some of Serena Williams tennis career milestones include winning 23 Grand Slam title’s, which is the most of any other woman in Open Era history. Williams has over 700 career wins that include, three French Open, six U.S. Open, seven US Open and Australian Open titles.

Click on the “Social Icon” below to filter all Serena Williams posts related to that timeline.

RenasArmy4LIFE
RenasArmyFans
Look what just came!!!
@serenawilliams via @sbyserena sent me her official #GOATBOX 😍🤗 I am so honored to be a part of #renasarmy and to be appreciated by the Queen. Thank you! https://t.co/1ako8CNma... 36 Retweets

Serena Williams
serenawilliams
I have a migraine. Taking ubrelvy asap. Not an ad. Just don’t want to wear dark shades all day. I need to work and be a mom #roughmorning 3.8K Likes 95 Retweets
Posted: Last month 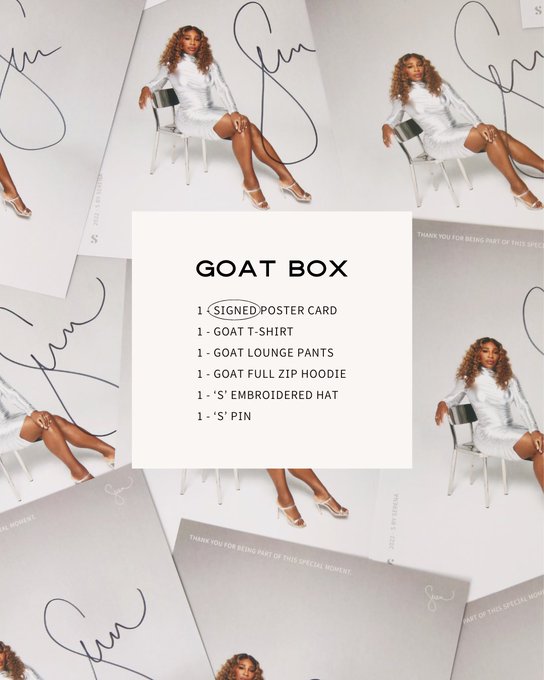 S by Serena
sbyserena
The S by Serena GOAT Box is here! Each box comes with a little bit of love from the GOAT herself 💌 https://t.co/sPBDw8JQXf 41 Retweets

Serena Williams
serenawilliams
This morning I watched Alexis and I rehearsal video of our first dance. So romantic and so much love. It’s nice to go down memory lane 3.8K Likes 117 Retweets
Posted: Last month

Serena Williams
serenawilliams
Sorry if I keep saying this but honestly I’m a massive marvel fan #BlackPanther is a MUSTTTTTT SEEEEE. Best marvel I have seen to date. Period. 4.5K Likes 389 Retweets
Posted: 2 months ago