Chris Weidman is the former UFC Middleweight Champion. He defeated one of the greatest mixed martial artists of all time, Anderson Silva and has been a force in the Octagon for years.

Get current news and updates on Chris Weidman by following him on Social Buzz.

Click on the “Social Icon” below to filter all News related to Chris Weidman’s timeline.

Chris Weidman
Photos from Chris Weidman's post It’s always great to be on the mats with @wonderboymma and @raythompson @upstate_karate
I loved having @raylongomma in town! He's the best, and I would be nowhere in this game without his coaching and friendship!
Thank you for the great ... 17 Comments
Always the champ!! Welcome back.oh nice!!!!!Awesome‼️ Jonny would have loved 🥰 watching you. 😘
597 Likes
Posted: 6 hours ago

Chris Weidman
3 weeks out! Statement will be made. #ufc261 #theallamerican #carolinachris #yallmustofforgot 44 Comments
The All American is BACK! #damyankee
“I want you to punch a hole in his f’n chest...”Cannot wait to watch you fight Champ, I know you can make a run to get your title back one ...I know he ain't use the Roy Jones line.🤦‍♂️
758 Likes
Posted: Last week

Chris Weidman
Photos from Chris Weidman's post It has been a great week getting ready for #ufc261! I am so excited to have @lionheartasmith out here to train with. We both fight on the same night, so it works out perfectly for us both. He is an ... 24 Comments
You and Uriah are literally my two favorite fighters. Both New Yorkers. Best of luck to both of you. Don't ...Craig Beatty But we have to be rooting for ChrisBrian Wolf absolutely
312 Likes
Posted: 2 weeks ago

Chris Weidman
Photos from Chris Weidman's post The last few weeks have been very tough for my family and me as my father-in-law got hit by a car and was in critical condition fighting for his life until his body eventually gave out after five days.
Vinny, ... 419 Comments
I am Devistated by the passing of Vinny. When I lived in Inwood I had many conversations with Vinny. He ...Hey Chris, I’m a very old friend of Vinny’s. Your tribute to him was so moving & sincere. God knows ...What a blessing to have such an incredible father in law. My condolences to you and your entire family.
2.1K Likes
Posted: Last month

Chris Weidman
Best caption wins a pair of autographed gloves. Make me laugh 😅 ! 919 Comments
When your dad tries to tell you about the first time he and your mom made love at an AC/DC ...The face you make when your dad tells you UFC stands for unlimited fried chicken.Matt Wilson for the win!
554 Likes
Posted: 2 months ago

Chris Weidman
If you don’t know yet, the rematch with Uriah Hall on February 13th is postponed to April 24h due to me testing positive for Covid.
I want to thank everyone for the thoughts and prayer messages I have received. Thank ... 54 Comments
Wishing you a speedy and full recovery. Take care of yourself first. The match can wait!Wishing you a full recovery and then a good fight camp. Please use your wrestling more to set things up ...Be Safe, hope you are feeling well. ❤❤
526 Likes
Posted: 2 months ago

Chris Weidman
Cool to hear @joerogan and @yannispappas showing me some love. Us wrestlers are blessed to have someone as prominent as Rogan advocating for the sport of wrestling. Thank you! Wrestling has given me so much and I'm so thankful for ... 4 Comments
Wrestling Grinds and Grounds.Mikey Levtchenko ... remember when you called Chris Weidman out. That was greatMarino Stamatelatos yes I remember I call him out everytime he fights ... I would do it to his face ...
179 Likes
Posted: 2 months ago

Chris Weidman
The Korean Zombie Gets Interviewed by Raon! 9 Comments
Wow, so simple and so true 😇UnbelievableBetter than Ariel
237 Likes
Posted: 5 months ago

Chris Weidman
This content isn't available right now This is my favorite full fight I’ve had in my career. It was against legend Lyoto Machida who won the belt at LHW and then came down to MW in which he was undefeated in the weight class till this ... 33 Comments
I watched this kid wrestle his older brother and his Dad when he was 5 yrs old, while coaching his ...That was an awesome fight against a true legend. Respect for both you & Lyoto 🏆Love ya Chris, but Machida won that fight!!
414 Likes
Posted: 6 months ago

Chris Weidman
As a 4x world champion I let my hands do the talking. Fellowship Home Loans also let’s their results speak for themselves 9 Comments
4 TIME 4 TIME WOOOOOOIs this in Melville?Chris you da man!!!
127 Likes
Posted: 6 months ago

Chris Weidman
“Show me someone who has done something worthwhile, and I’ll show you someone who has overcome adversity.”– Lou Holtz
Chris Weidman is with Khắc Duy and 3 others. 75 Comments
Nobody took this dude down like you were able to! Mad props and hoping with a little more work on ...Francis Hanna ngomong opo to bos bosYoghii I watched the fight live and the one of UFC commentators mentioned some statistic during the fight that his ...
1.1K Likes
Posted: 7 months ago

Chris Weidman
Just as an FYI, my AirPods are in the right way. The reason why they look so weird is that my cauliflower ear refuses to let them fit in my ear properly. #cauliflowerearproblems 11 Comments
Cauliflower ear is so cool until you realize that AirPods don’t fit in them so wellGo Link=>https://www.google.so/search?q=site:ufchqtv.com%2F👇UFC 252 PPV LIVE 👇
Miocic vs Cormier PPV
✅𝐋𝐈𝐕𝐄STREAM:► <3 SPORTRUNTV .COM <3
154 Likes
Posted: 7 months ago

Chris Weidman
All my fight finishes in the UFC 👀 . 👊👊 42 Comments
I remember the first Silva fight. We were at the local pub, and as soon as Chris KOed Silva, everyone ...I’ll never forget getting to square off with Chris in DC.nothing tops taking out "the Spider" still greatest upsets in MMA
650 Likes
Posted: 8 months ago

Chris Weidman
All my finishes in UFC. 👊👊 76 Comments
My favorite was against Silva. Greatest moment in UFC history for me.James van Buren e foi meu amigo, desbancou o melhor da históriaHeck yeah he did it was awesome
1.5K Likes
Posted: 8 months ago

Chris Weidman
Photos from Chris Weidman's post Chris Weidman day in Nassau County, NY. Enjoy and stay safe. Def one of the cooler things I’ve ever been given was my own day 😀👍. 60 Comments
Congrats!! That’s awesome 😎 can’t wait to see u in action soon 👊 always wishing you and your family DA ...Go Link=>https://rentry.co/kiif55Congrats!! I have watched all your fights and even went to your main event at Nassau coliseum. Can’t wait for ...
1.2K Likes
Posted: 8 months ago

Chris Weidman
Photos from Chris Weidman's post Throwback to when we were 10 years younger, living in my parents’ basement and just had Cassidy. My wife was the big bread winner for us, just graduating college with an accounting degree and getting a job at Price Water ... 135 Comments
I’m so happy for the both of you. Chris it’s rewarding watching you as a mature, successful adult. Your determination ...

Chris Weidman Juanita McClaud Midgette thank you ! Great to hear from you. Hope all is well !! Haha what a great ...Thanks. # Stay safe. Getting old but hopefully wiser.
3.5K Likes
Posted: 8 months ago

Chris Weidman
Photos from Chris Weidman's post We are out here working at @upstate_karate with my brotha @wonderboymma ! 4 weeks and counting till my fight on August 8th ! Excited to make a splash in the MW division! Been way too long ! 101 Comments
Good luck! Can't wait until the fight!Tonya Bishop Hellams Another quick ko loss coming. GuaranteedThompson could be a middleweight... It'd be a pretty awesome fight with Adesanya. Two of the best kickboxers in the ...
2.5K Likes
Posted: 8 months ago

Chris Weidman
Fight announcement ! August 8th. Chris Weidman vs Omari Akhmedov! Lets go ! Excited to be fighting this tough Russian fighter. 🇺🇸#TheAllAmerican 90 Comments
All the best...Let’s go !!! New York Strong. USA Wrestling 🤼‍♀️Let’s goo Chris. Hopefully there’s a finish in this fight for you if not let’s get back on track with ...Just remember when everyone was counting you out vs Silva kind of like they’re doing now....that’s the motivation you need. ...
1.3K Likes
Posted: 9 months ago

Chris Weidman
@Johnsonville will donate $1 to @TheVFoundation for Cancer Research to the Robin Roberts Thrivership Fund for every trick shot posted using #trickshotsforgood, up to $100,000!
I challenge @wonderboymma to take the challenge next! 13 Comments
The Champ! We are waiting for the next UFC takeover 🔥 Much love!Not all heros ware capes!show off missing you so much
197 Likes
Posted: 9 months ago 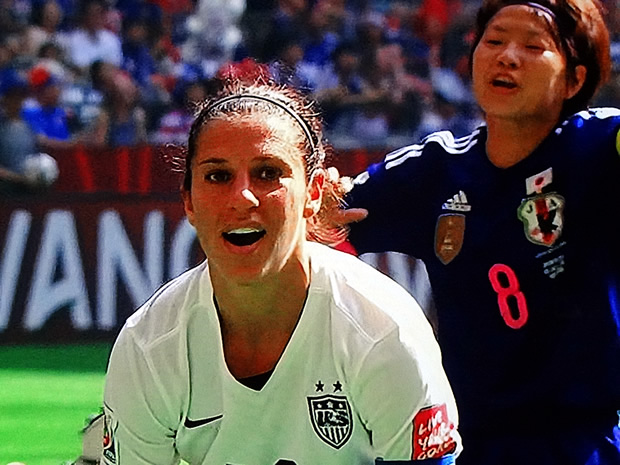 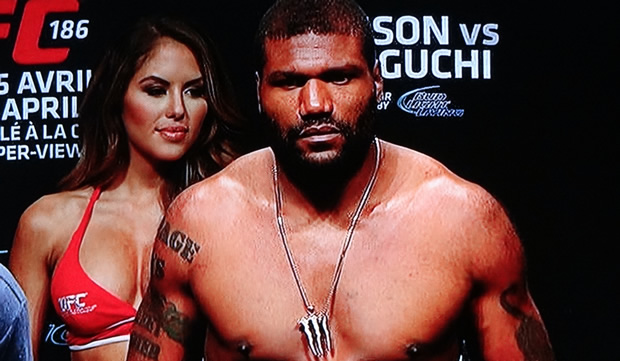 May 30, 2019
What’s New
Let’s Get Social
Back to top button
Close
Close
We use cookies to ensure that we give you the best experience on our website. If you continue to use this site, we will assume that you are ok with it. Read More