Tyron Woodley made his UFC debut in 2013 and is known for his speed and explosiveness in the octagon. On July 30, 2016 “The Chosen One” Woodley beat then champion Robbie Lawler to became the new UFC Welterweight Champion.

Click on the “Social Icon” below to filter all News related to Tyron Woodley’s social stream. 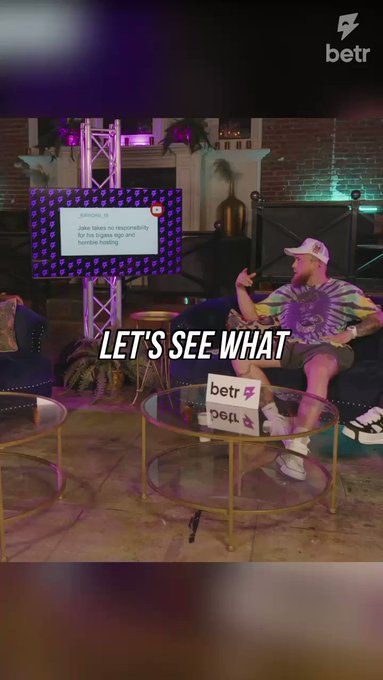 betr
betr
Hater hotline reminds @jakepaul of the time @TWooodley had him on the ropes 🤣 https://t.co/oExW3job6g 6 Retweets 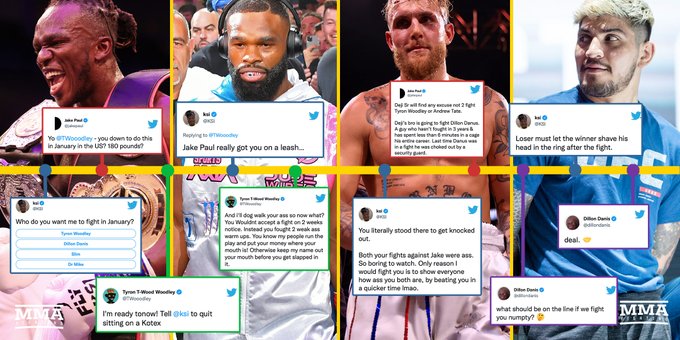 Tyron T-Wood Woodley
TWooodley
If it's that easy come get this easy money. You will go back to click baiting after i break your jaw. If it's such an easy fight pull up pussy. That's why i said yes in one min of them asking me. But... 1.5K Likes 91 Retweets
Posted: Last week

ksi
KSI
You literally stood there to get knocked out.
Both your fights against Jake were ass. So boring to watch. Only reason I would fight you is to show everyone how ass you both are, by beating you in... 612 Retweets

Tyron T-Wood Woodley
TWooodley
And i'll dog walk your ass so now what? You Wouldnt accept a fight on 2 weeks notice. Instead you fought 2 weak ass warm ups. You know my people run the play and put your money where your mouth is! Ot... 3.7K Likes 124 Retweets
Posted: Last week 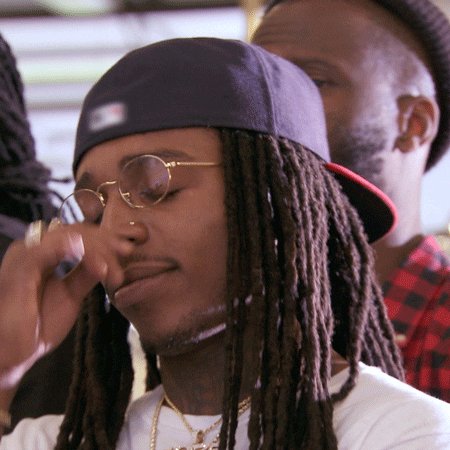 ksi
KSI
@TWooodley Jake Paul really got you on a leash… https://t.co/sjKhRciQrl 131 Retweets

Jake Paul
jakepaul
Yo @TWooodley - you down to do this in January in the US? 180 pounds? https://t.co/gIMRklODUK 229 Retweets

Tyron T-Wood Woodley
TWooodley
These guys really only wanna fight at 200 with 2weeks camp. Scary AF! @tommytntfury Quit being a hoe and lets lock this fight in today. We tired of the 🧢. Only bitch worse is Cappin @KSI ! 521 Likes 27 Retweets
Posted: 2 weeks ago

Hayden Schlossberg
McSchlossberg
From L to R-- Sensei Min-Jun, Sensei Morozov, Sensei Odell (K.O.), Sensei Suk-Chin (Ussuri), Sensei Vicario, Sensei Hyan-Woo. Each with a backstory that led them to the Way of the Fist. https://t.co/d... 73 Retweets 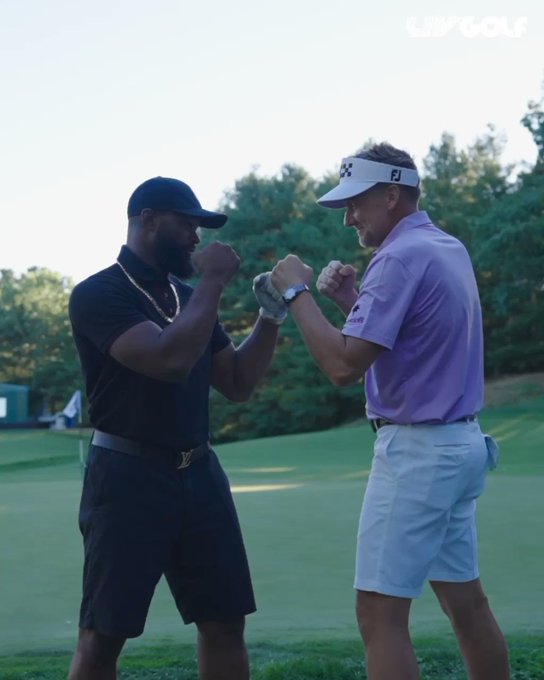 The Paradox Metaverse
Paradoxmeta_io
To celebrate our pre-sale of $PARA Coin on Friday 22nd of July,
We're giving away a Macbook Pro and $2500 worth of #paradoxcoin
To be entered Like, Retweet and comment #paradox and tag 3 friend... 3K Retweets

The Paradox Metaverse
Paradoxmeta_io
We have another article out on @YahooFinanceUK
Click the link below to go check it out!
https://t.co/8YDAPojbtA 23 Retweets