When one is attempting to engage in a conversation about Ronda Rousey, it is important to know that there are many sides to this multi-talented super star whose varied and unprecedented avenues of success means a lot of different things to a lot of different people.

Although Rousey is more widely known as the undefeated UFC Women’s Bantamweight Champion, it is important to remember all of the other professional sides of her that exist. The Olympian, Author, Model and Actress are all titles that can be used to describe Ronda Rousey. The incredibly rare diversity and magnitude of her success needs to be put into perspective and explored, as it is truly inspirational.

While Rousey is certainly a fine example of greatness that can be achieved as a women’s MMA fighter, to confine her exclusively to this label is a disservice to her as a person. She’s more than just a woman on the forefront of a male dominated sport. Rousey serves as a new and shining example of success available to hard-working and dedicated individual’s that are willing to expand their current skill-set to area’s outside of their comfort zone.

Ronda Rousey demonstrates how important and possible it is to not only refuse to crack or fold under the spotlight in some way, but to inversely utilize it for one’s benefit. Rousey has resisted making any sort of misstep under a spotlight that currently shines so bright, that it is truly a testament to the impressiveness of her accomplishments.

It would certainly be easy to lose everything given her position, with one error. The entire variety of her professional career could be eliminated, leaving just Ronda Rousey the person. There would be no films, magazines, fights, books, sponsorships or anything in between.

Whether one loves or hates Rousey, it’s hard to deny her widespread influence and success today. To help illustrate her journey to stardom, let’s take a look at what the past, present and future looks like for this super star.

On May 12th 2015, Ronda Rousey, the author, released her official autobiography, My Fight / Your Fight. The book provides an interesting and well-written look into the personal life of Rousey, detailing the struggles that she faced with drug use, the devastating loss of her father, living out of her car early on in her career and relationships.

By overcoming these obstacles in life, Rousey demonstrated the tenacity and resolve that she possesses as a person. Without this, she wouldn’t have the career that she has or be the person that she is. In addition to providing a brave and eye-opening look into Rousey’s personal life, the book has performed well from a purely statistical point of view.

Despite immediate and public dilemmas from Walmart, the mega-chain initially refused to carry My Fight / Your Fight entirely citing its violent nature, although opting to sell it exclusively online. The whole situation didn’t seem to make much sense since they already sell UFC DVD’s.

The Times omitted the book from the Best Seller list initially, although it sold more copies than several other titles on the list at the time. The book has gone on to sell incredibly well and has officially made the New York Times Best Sellers list. This is a testament to the dedication of her fans, as well as her newly found celebrity status.

Regardless of the fact that she is constantly under the spotlight in one form or another, many people are still interested in learning more about the star. Because of her personality and widespread success, there is a seemingly infinite flow of information about her that is both interesting and available for documentation. If she released another book today, one can’t help but feel that it would sell equally as well, if not better than, My Fight/Your Fight. In short: The reviews are overwhelmingly positive and the sales are excellent. Ronda Rousey is a successful author.

Coming in first is something that Rousey is used to doing. She was the first Woman to be signed by the UFC, first American to earn a medal in Judo at the Olympics and the first MMA fighter to be featured in Sports illustrated, as a swimsuit model. Most recently, Rousey was featured on the cover of the Sports Illustrated May 18th edition, being labeled as “The World’s Most Dominant Athlete”. There could be no better compliment or recognition given, especially when the large amount of other dominant athletes the award could have been bestowed upon is considered.

Rousey’s modeling gig in SI wasn’t the first time she’s had her beauty on display. She’s appeared on both Maxim and ESPN Magazine’s “Body Issue”, as well as inside the Sports Illustrated Swimsuit Edition 2015. Inside the Sports Illustrated article, the featured pictures weren’t nearly as racy as many of her previous modeling pictures and they didn’t have to be. Rousey still dominates pages, as well as entire publications when she’s dressed in more than her birthday suit. It’s a testament to her skills as a model, as well as her ability to be photogenic in a variety of different situations and environments.

All of this isn’t designed to flatter Rousey either, but rather to beg the question: How many high-profile athletes with as many commitments as she has, has the ability to successfully pull-off pictorials the way that she does? While there are other athletes that fit the bill, they are few and far between. Ronda Rousey is a successful model. 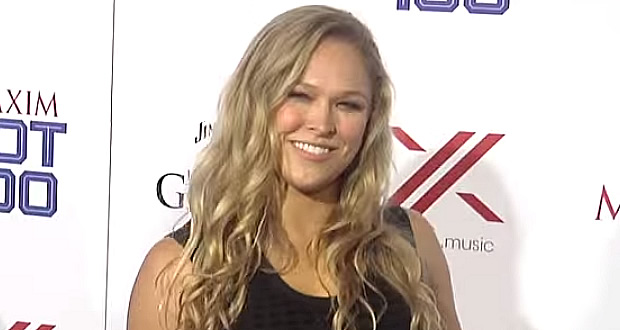 Rousey the Hollywood actress, certainly hasn’t let her career get halted by her author, fighting or modelling duties. She has a part in the highest grossing film of the year, Furious 7. Being asked to act in such a successful film as large as this, is an accomplishment she can surely be proud of. The actress part of her didn’t stop there. She also played another role in the recently released film Entourage. Her part can be seen on many of the commercials and advertisements. The exposure along with the part itself, will silence any critics that believe that the practice of casting Rousey is to fulfill an attention-grabbing cameo part. She has now proven that she can play effective and charismatic roles. The stage has been set for many future and increasingly larger roles in film and television through her recent performance’s.

It is certainly interesting to think about the numerous possibilities that could arise if Rousey decides to act full-time or on a more-regular basis. The only other women’s MMA star that has transitioned to the big screen in a sizeable and perhaps greater way is Gina Carano. While her film career is perhaps more developed than Rousey’s, an important distinction must be made. Carano left MMA entirely to act full-time, whereas Rousey balances her acting career with fighting and several other commitments. 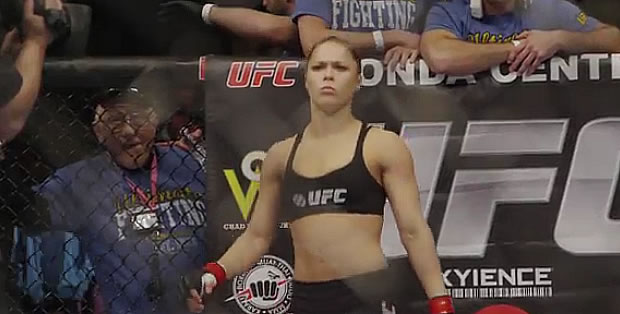 In addition to releasing a book, modeling for a Sport’s Illustrated cover and fulfilling a sizeable film commitment, one mustn’t overlook the obvious when reviewing Rousey’s schedule. As of late, she’s been training for her upcoming UFC Bantamweight title defense against Bethe Correia at UFC 190. The caliber and intensity of her training can’t be understated. Although she has defended her title with relative ease in each of her UFC fights, this certainly isn’t because she’s faced low-level competition. Miesha Tate, Alexis Davis and Cat Zingano are seasoned veterans and Sara McMann is a fellow Olympian. These wins have come so quickly and easily because of the athletic ability she possesses and drive to succeed over anyone that get’s inside the cage with her.

Rousey continuously makes high-level opponents look as though they do not belong in her league. Although this may be rather obvious, the larger point to take away is, to actively train as hard as Rousey does, while balancing all of the previously mentioned commitments is both incredible and unheard of.

MMA fans eagerly await her upcoming title defense against Correia to see if the winning streak can continue. The history of her defenses suggests that it will be another victory for the Champion. However, Correia is a dangerous opponent, and shouldn’t be overlooked. Whatever the outcome of her upcoming bout, one can be certain that based upon all that she has achieved up to this point, Ronda Rousey is certainly a successful MMA fighter.

Rousey is more than a shining example for what women can accomplish in today’s world of sports. To view her exclusively as an Olympian, fighter, author, model, actress or any combination of these titles is shortsighted and undermines the magnitude of her achievements. Her first major success is that she hasn’t cracked or folded under the pressure of the spotlight like so many have instead, she has harnessed and used it to her benefit.

By continually working incredibly hard in all of the areas in which she’s found success, Rousey has demonstrated that she is much more than any of her professional titles indicate. She epitomizes motivation, focus and hard work.

Ronda Rousey fans have a lot to look forward to as she’s a dynamic personality who is determined to be the best in everything she does. She is single-handedly redefining the limitlessness of a woman or man’s ability to work and thrive under the spotlight. Whether she meant to do it or not, Ronda Rousey is a phenom that has made her mark on history in many way’s.