LeBron James is preparing to face the music tonight in, what could be a nasty and cold reception since his depart to the Miami Heat. Once the pride of Cleveland and the NBA’s Most Valuable Player, it’ll be James’ first homecoming since he left the Cleveland Cavaliers for the Miami Heat – turning his once fans, into an angry bunch.
On July 8, 2010, James announced on a live ESPN special, The Decision, that he will be playing for the Miami Heat for the 2010–11 season and teaming with Miami’s other All-Star free agent signees Dwyane Wade and Chris Bosh.

In this fall, this is very tough, in this fall I’m going to take my talents to South Beach and join the Miami Heat… I feel like it’s going to give me the best opportunity to win and to win for multiple years, and not only just to win in the regular season or just to win five games in a row or three games in a row, I want to be able to win championships. And I feel like I can compete down there.
—Lebron James

The Cavaliers were informed of James’ decision minutes before the show began. The television program drew high ratings as well as criticism for the prolonged wait until James’ actual decision and the spectacle of the show itself. In Cleveland, fans considered James’ departure a betrayal which leads us to the highly anticipated game tonight in Cleveland.

Nicknamed “King James”, he was a three-time “Mr. Basketball” of Ohio in high school, and was highly promoted in the national media as a future NBA superstar while a sophomore at St. Vincent – St. Mary High School. At just 18, he was selected with the number one pick in the 2003 NBA Draft by the Cleveland Cavaliers and signed a shoe contract with Nike before his professional debut

The focal point of the Cleveland offense, James led the team to consecutive playoff appearances from 2006 through 2010. In 2007, the Cavaliers advanced to the Conference Finals for the first time since 1992 and to the NBA Finals for the first time in franchise history. James has been a member of the USA national team, winning a bronze medal at the 2004 Olympics and gold at the 2008 Olympics. 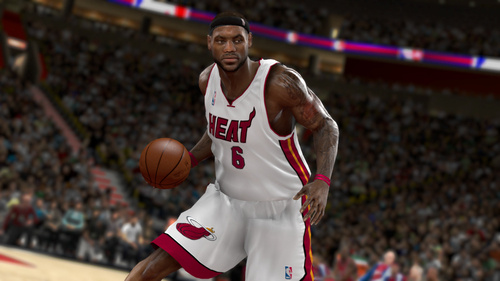