UFC 128 was full of exciting fights with a new Champion crowned at the end of the night, Jon “Bones” Jones. He’s being touted as the new breed and is an explosive fighter with the longest reach in UFC history of 84.5 in (215 cm). Jon Jones 23 is now the youngest UFC title holder in the company’s history. 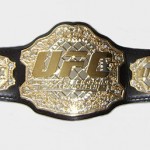